With a doubles victory in Eastbourne, Serena Williams makes her tennis comeback.

Twelve months after being forced to retire in the first round of Wimbledon due to a right leg injury, the 23-time grand slam champion Serena Williams made a comeback appearance. In the Rothesay International Eastbourne, Serena Williams and Ons Jabeur defeated Marie Bouzkova and Sara Sorribes Tormo in the doubles match by scores of 2-6 6-3 13-11.

Twelve months after being forced to retire in the first round of Wimbledon due to a right leg injury, the 23-time grand slam champion made a comeback appearance.

Williams needed some time to warm up, but she quickly began to resemble her former self, hitting several volleyed winners to help the new doubles team start their campaign at Devonshire Park with a win.

Williams stated to the BBC: “Playing with Ons was a lot of fun. We had fun. We were just trying to hang on as our opponents performed brilliantly.”

Williams responded when asked if they would play doubles at Wimbledon, “We’re taking this show on the road! No, we simply take things day by day. 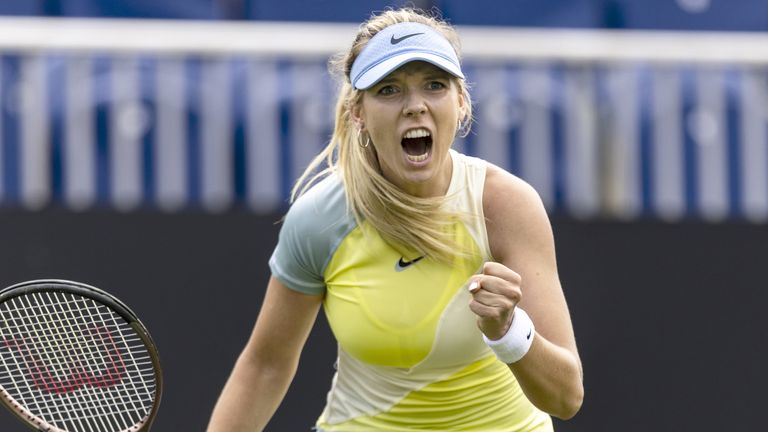 In the second round of the Rothesay International Eastbourne, British No. 4 Katie Boulter eliminated last year’s Wimbledon finalist Karolina Pliskova after nearly having a first-set bagel.

The 25-year-old was down 5-0 to the world No. 7 within of 30 minutes, but after she tied the score, she stayed with the Czech, and in the dramatic second and third sets, she often brought the Centre Court crowd to its feet.

In order to secure a 1-6 6-4 6-4 victory and maintain her excellent form after defeating Alison Riske in Birmingham last week, Boulter was able to convert five of her 19 break-point opportunities.