Liz Watson will captain the Australian Diamonds in the Commonwealth Games in Birmingham. - 8x - English

Liz Watson will captain the Australian Diamonds in the Commonwealth Games in Birmingham.

The Australian Diamonds, who are currently rated No. 1 in the World Netball rankings, are in Group A with Jamaica, South Africa, Scotland, Wales, and Barbados for the Commonwealth Games netball competition, which runs from July 29 to August 7. 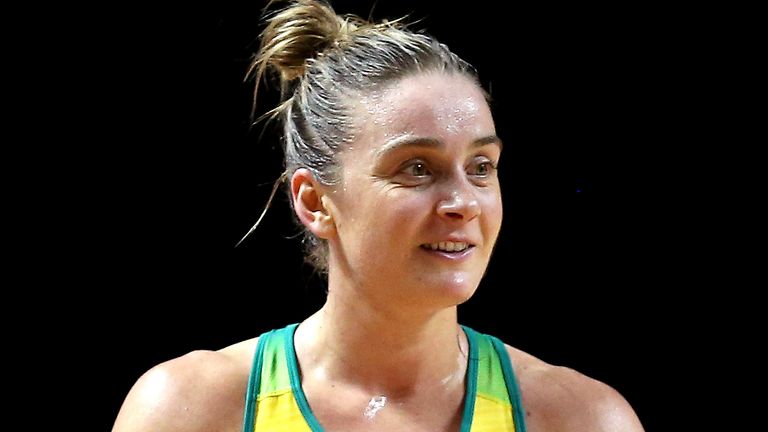 After head coach Stacey Marinkovich selected her team for this summer’s competition, Liz Watson will captain the Australian Diamonds at the Birmingham 2022 Commonwealth Games.

The world’s top-ranked team, the Diamonds, came up short in the 2018 Commonwealth Games final on the Gold Coast.

The Vitality Roses’ maiden netball gold medal at the Commonwealth Games was made possible by Helen Housby’s last-second goal, which gave England a 52-51 victory.

Australia is in Group A, the group that England is in, and the competition this year begins on July 29. Jamaica, South Africa, Scotland, Wales, and the Diamonds are also present.

Two of the four athletes who competed in 2018 were Diamonds skipper Watson and her vice-captain Steph Wood. The other returning members are Jo Weston and Courtney Bruce.

The member on Marinkovich’s team with the most appearances is Watson.

Paige Hadley of the NSW Swifts, Kate Moloney of the Melbourne Vixens, and Ash Brazill, a newbie to the Games, make up a potent group of mid-court alternatives.

I can’t wait to see what this squad can accomplish in Birmingham, said Watson, who is ecstatic to be playing with some of the top netballers in the world.

“We all grew up watching and fantasising about the Commonwealth Games, and when we step onto the court to represent Australia, we hope to inspire the nation.”

Brazill, a specialist in wing defence, decided earlier this year to forego her AFLW obligations in order to concentrate on her selection for the Commonwealth Games. She is one of the Australian team’s parents.

After giving birth to her son Bobby last year, Gretel Bueta has been managing her netball commitments with being a parent.

Just eyeing off the @birminghamcg22
Can’t wait to see what this @AussieDiamonds team can do, count down is on! pic.twitter.com/Vx7MxUdcd6

Along with her Sunshine Coast Lightning teammate Cara Koenen, vice-captain Wood was chosen.

After breaking her ACL in 2021, Kiera Austin of the Vixens will make her much awaited international comeback.

Three backup players, including former Leeds Rhinos shooter Donnell Wallam, will accompany the Diamonds to England. The team will finish its training sessions in Manchester and Perth.

Selection for any international competition, particularly the Commonwealth Games, is never simple, according to Marinkovich.

I congratulate the 12 athletes who have been chosen to compete at the Birmingham 2022 Commonwealth Games because Australian netball has such a richness of ability at every position on the court.

The Nigerian government decided last month to retire from international basketball for the next two years. The Ministry of Youth and Sports said at the time that the reason for the withdrawal was &...

Golden State defeated the Boston Celtics and won its fourth NBA Championship in eight years and the first since 2018. The Warriors won Game 6 103-90 in Boston and won the series 4-2. After finishin...

In his first season as head coach in the NBA, Ime Udoka came very close to writing a piece of history. The 44-year-old Nigerian is aiming to lead the Boston Celtics to the 18th title. They rise aga...

Bulls, Pistons will play NBA game in Paris in 2023

The Chicago Bulls will return to Europe for the 2022-23 season. They will play regular games against the Detroit Pistons in Paris, the Chicago Bulls announced on Tuesday. The game will be one of th...